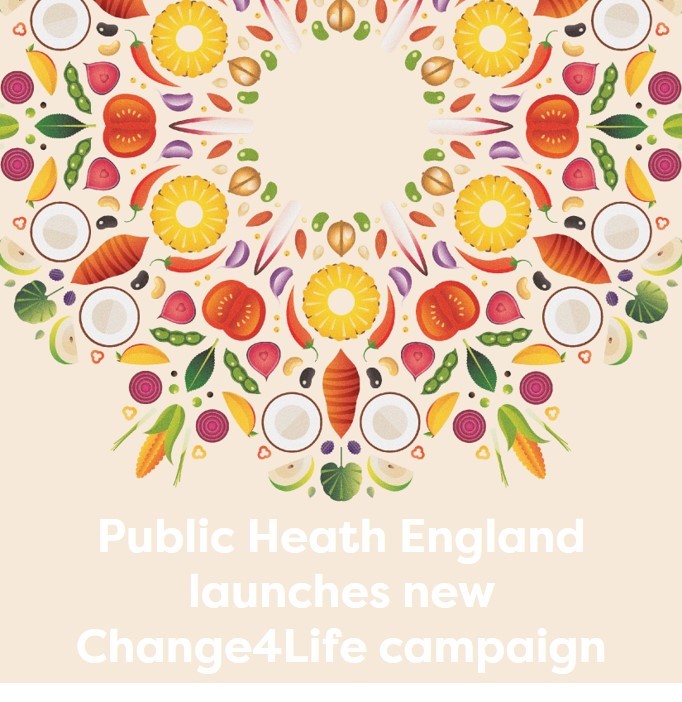 Figures from the National Diet and Nutrition Survey show that half of the sugar consumed by young children in England comes from unhealthy snacks and sugary drinks. Children are having three times more sugar than they are recommended and eating too much sugar can increase weight gain and the likelihood of developing long term health problems such as type 2 diabetes. Nearly a fifth of children are obese by the time they leave primary school and around a quarter of five year olds have tooth decay.

Parents are encouraged to give their children a maximum of two snacks a day which contain no more than 100 calories each (excluding fruit and vegetables).

For more information on the campaign, read the latest article published by the Guardian here

It’s fantastic to see that Public Health England has launched another Change4Life campaign to help tackle children’s sugar intake. This time they are focusing specifically on snacking. The first Change4life campaign on sugar was introduced in January 2016 and allowed parents to monitor the sugar intake of their children via an app. Although the campaign was successful, children are still consuming too much sugar and figures show that half of this sugar is coming from unhealthy snacks and sugary drinks. The calories and sugar in snacks can easily add up and overtime lead to long term health problems.

The campaign is not encouraging you to avoid giving your children snacks but to be aware of the calories in food and to limit the number of snacks to 2 a day. As well as the calories in snacks, you need to be aware of the sugar and you can do this using the sugar smart app. You can also check the sugar on the nutrition table on the back of packs, bearing in mind that snacks containing more than 22.5g of sugar per 100g are classified as being high in sugar. The presence of fibre, protein and fat in a snack will help slow down the release of the sugar into your child’s blood stream and avoid peaks and dips in their blood glucose. Our pallets have become used to sweet foods and it’s important that we focus on weening our children (as well as ourselves) off of these foods.

Public Health England recommends snacks such as sugar-free jelly, malt loaf, crumpets and scotch pancakes. Whilst these snacks are under 100 calories, they are not very nutrient dense, so I’ve suggested some nutritious snacks below. I’ve included fruit and vegetables as there are lots of ways you can make fruit and vegetables more exciting for children.

Half A Food Doctor Pitta Bread With 1 Tablespoon Of Reduced Fat Houmous Or Homemade Tzatziki (Made With Yogurt, Cucumber, Garlic, Lemon, Salt And Pepper)

1.5 Tablespoons Of Houmous With 1 Carrot, 1 Bell Pepper Or A Large Handful Of Sugar Snap Peas

Handful Of Frozen Berries Or Grapes